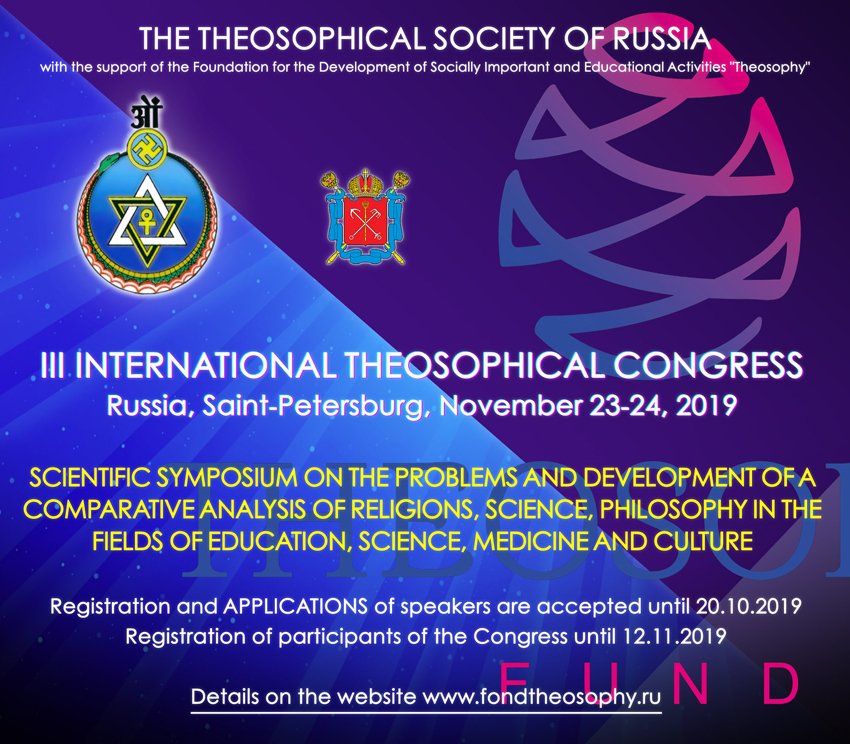 III INTERNATIONAL THEOSOPHICAL CONGRESS,
dedicated to the 144th anniversary of the foundation of the Theosophical Society

DEAR FRIENDS!
We invite you to take part in the work of a scientific symposium on the problems and development of a comparative analysis of religions, science, philosophy in the fields of education, science, medicine and culture.

The main concept of the event: the promotion of the formation and establishment in the society of the system of spiritual values based on the ideas and principles of theosophy

Organizers: Theosophical Society of Russia / Adamant Lodge with the support of Fund Theosophy

Participants: scholars, researchers of theosophical works, representatives of the fields of science, philosophy, education, religion, culture, whose research is based on the integration of theosophical knowledge

More information can be found at www.fondtheosophy.ru

Waiting for you as speakers or listeners,
We will be glad to any of your support!

Details in the Release 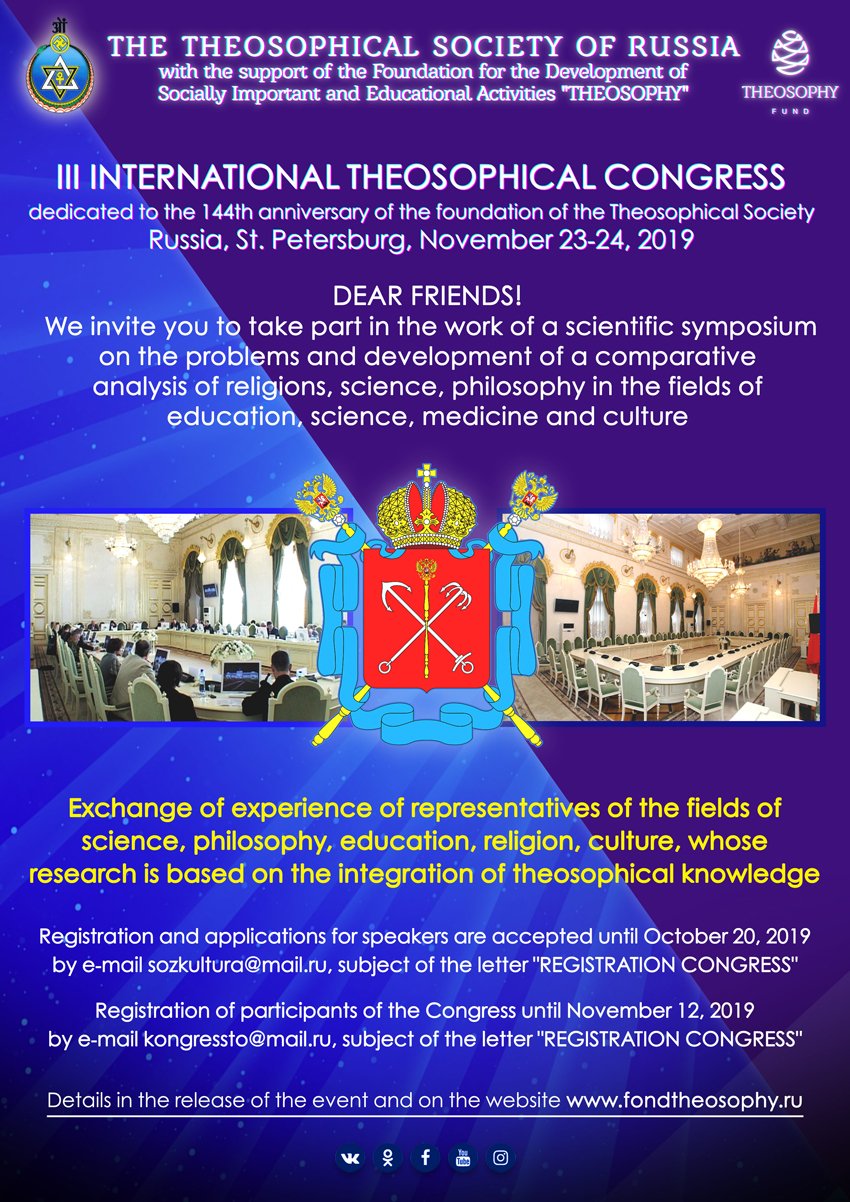 the Competition of Fine and Decorative and Applied Arts