International Theosophical Congress in St. Petersburg from 17 to 19 November 2017 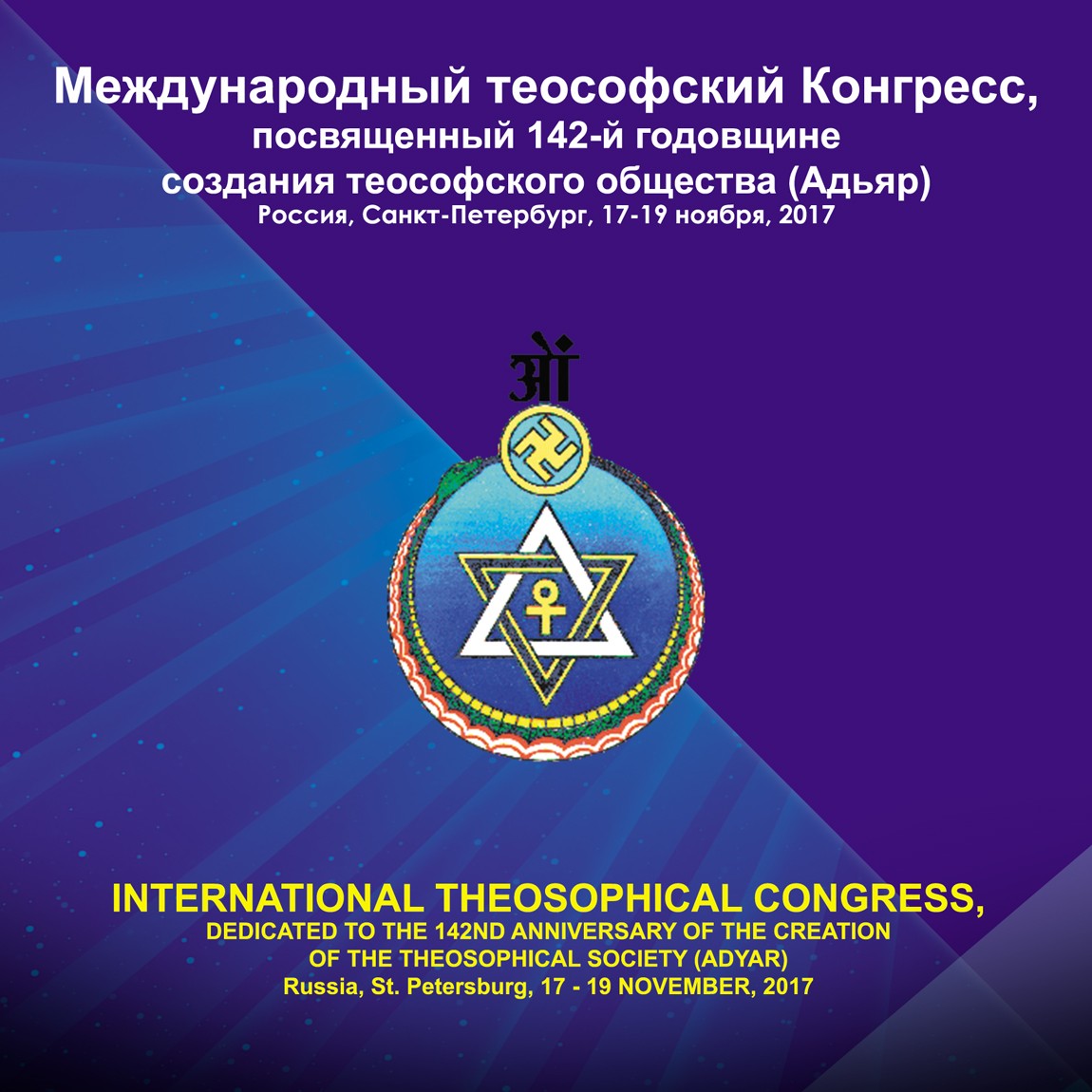 The international Theosophical Congress was held on November 17-19, 2017. The main concept of the Congress is the need to study the works of Elena Petrovna Blavatskaya by members of the Theosophical Society, and first of all, her fundamental Work "the Secret Doctrine", dedicated to "All true Theosophists".

Organizers: Moscow school of theosophy, initiative group of Theosophists of St. Petersburg.
Participants of the Congress-more than 50 people.

At the Congress, papers were devoted to studies of the writings of Helena Petrovna Blavatsky, the Roerich family, jaja etc.

15 speakers: representatives of the sphere of culture, education, science, medicine, public organizations, members of the MTO.